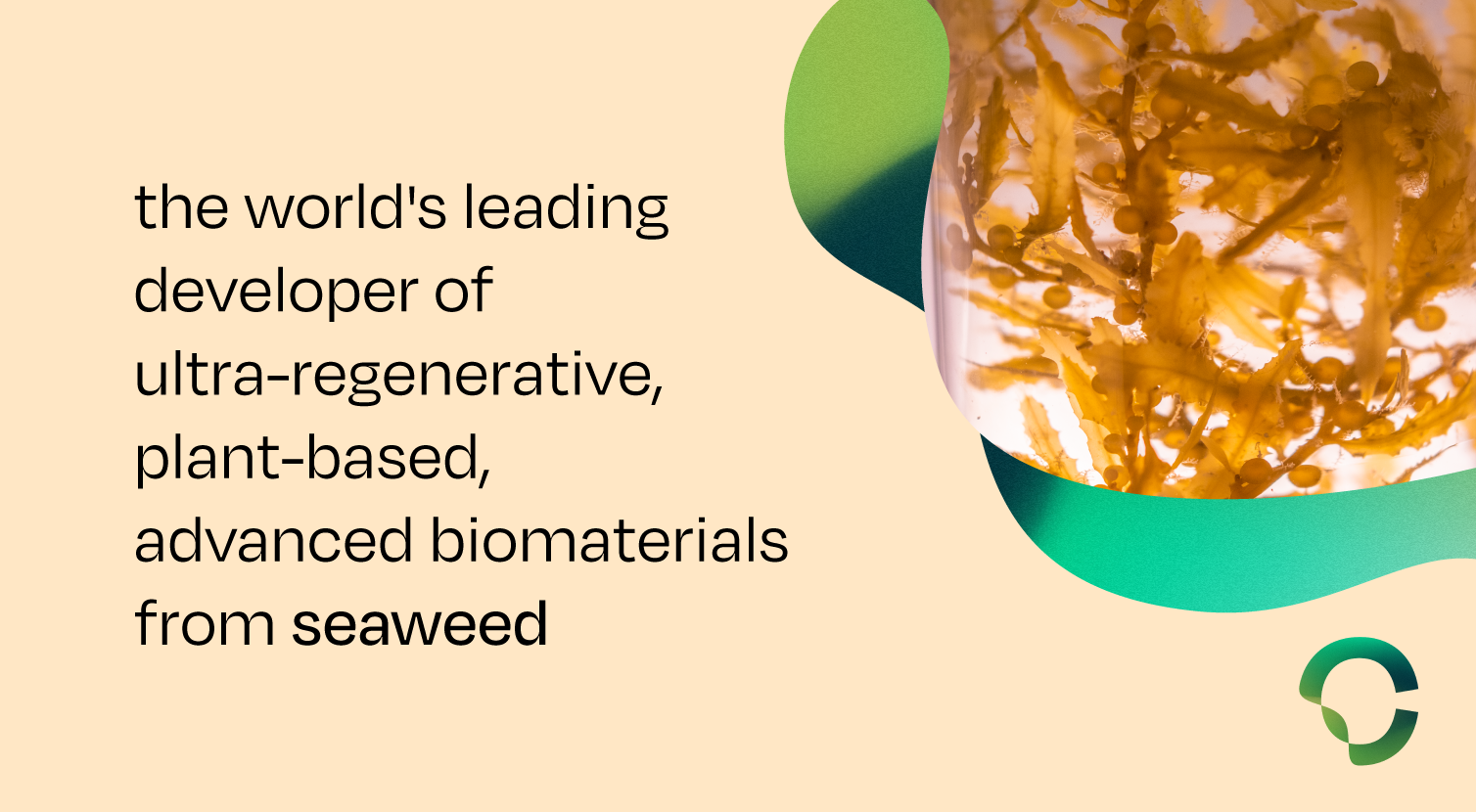 We’ve reached an important milestone: C-Combinator is rebranding to Carbonwave.

Over the past two years, our team has been hard at work fulfilling and expanding upon our corporate charter’s mandate to restore the health of oceans and the planet through naturally-occurring seaweed. At two years old, we’re excited about Carbonwave’s first two product lines already in the market: the SeaBalance line of emulsifiers – the world’s first seaweed-based emulsifiers geared at the cosmetics and personal care sectors - and the Sarga Agriscience portfolio of fertilizers and biostimulants. We’re also well on our way to starting commercial manufacturing of bio-based vegan leather in 12-18 months.

Our aim is to be the world's leading developer of ultra-regenerative, plant-based, advanced biomaterials from seaweed.

Our new name is a nod to being part of a new wave of companies building next-generation economies based on a regenerative and ethical relationship with our oceans. The importance of oceans cannot be overstated: it is the planetary system that is essential to reconfiguring our carbon cycles at gigaton scale, and on which most of our civilization-wide efforts to adapt and mitigate will depend on over the next centuries.

The name also responds to a turning of the tide when it comes to how companies operate - particularly in our relationship to fossil inputs, harmful extraction, and microplastics. Our contribution as Carbonwave is centered on replacing petroleum-based products at scale while also creating new pathways to science and manufacturing that not only reduce harm to ecosystems, but actively regenerate them.

In Sargassum, we’ve found perhaps one of the world’s most regenerative materials on the planet: it doesn’t need land, fertilizers, freshwater, or active management to grow, just sun and sea. As it grows, it de-acidifies the ocean and enhances its capacity to absorb the carbon that is released into the atmosphere. We’re humbled by the opportunity to take what the ocean is already producing, a challenging type of seaweed as is the case with Sargassum, and to be the first ones to extract the most valuable nutrients from it with our proprietary technology.  In doing so, we turn a massive problem in the Caribbean into a solution, and we avoid large amounts of methane from being released.

The next fifty years are critical to the survival of our species and others, and they will be defined by how we positively harness natural, renewable raw materials to sustain a thriving civilization. We’re looking forward to being one of the leaders in this transition.

More exciting news will be coming over the next few weeks, so please don’t forget to show your support on LinkedIn, Twitter, and Instagram.